Animals like raccoons and skunks aren’t an uncommon call for a pest control company, but did you know that these “pests” are pest control experts themselves?

Some of nature’s best pest controllers are the wild animals in our own backyards. Animals like bats, raccoons, skunks, owls, coyotes and snakes all have an important pest control role in our ecosystem. Similarly, mice and rats are a critical diet component for many animals, and it’s up to us to keep them safe from poison.

How much do you know about these natural pest controllers?

Owls, hawks, eagles and other raptors are nature’s rodent control experts. These nocturnal predators use their keen vision and stealth to hunt. Both farmers and homeowners benefit from having resident raptor populations because they hunt mice, rats, voles and other mammals. Some species of owl can eat up to 12 mice in a night!

Some raptor species, like barn owls, are more social and will hunt in small groups. It doesn’t take long for a small group of raptors to make a big impact on local rodent populations. Some people will even try to attract owls and hawks to their area as a form of natural pest control. A rodent population and safe shelter are key to attracting raptors. Since they sleep during the day, they need large trees or a nesting box to shelter during the day.

Unfortunately, when rodenticides are used to control rodents, they harm raptors too. Imagine being a barn owl–eating mice from three neighbouring farms, and all three farms are using rodenticide. The effects of poisoning aren’t always obvious. Poisoned raptors are more likely to injure themselves, be struck by vehicles, and a slow, sick bird is an easy target for another predator. It’s up to us to keep raptors safe from poison.

Raccoons have a bad rap for making a mess in pursuit of the perfect meal. They are often labelled dumpster-divers, pond-raiders and garden-destroyers. This sometimes gets them into trouble in our backyards, but they play an important part of our ecosystem! These valuable scavengers clean up discarded food left behind by other animals, and forage for insects, fruits, nuts, clams, fish and snails. Raccoons are also predators that hunt rodents and other small critters, keeping their population levels in check. You better bee-lieve it – raccoons also help bees by eating wasp larvae.

Similarly, skunks are infamous for their defence spray, but they are also shy, gentle and slow-moving animals. Despite poor eyesight and limited climbing skills, they are a pest control specialist happy to eat a wide variety of foods. In the summer, skunks mainly eat insects like crickets and grasshoppers and larvae like grubs and worms. In the cooler weather, they also tend to eat small animals, including hunting down rodents!

Many people don’t realize what an important role bats have in our daily lives. Their role as insect predators, pollinators, and seed dispersers is underappreciated and invaluable. The growth of many of the foods we eat is helped along by bats through insect predation (protecting the plants) or by pollination. B.C. is home to 16 of the 19 species of bats in Canada. Canadian bats eat nothing but insects (like mosquitoes) and other arthropods like spiders and centipedes.

Bats consume more insects than any other nighttime predator! They can sometimes eat more than their own body weight in one night. Their feces – or “guano” – makes excellent fertilizer. Rabies is rare in the B.C. bat population (only 0.5%), and they do safely live alongside humans in urban and rural areas.

Sadly, half the bat species in B.C. are considered species at risk. Bat boxes are an inexpensive way you can help protect bats, and encourage natural mosquito and other insect “pest” control in your area.

Coyotes have become common sights in cities, towns and farms across North America. Coyotes are smart, social and playful, but they have a bad reputation for killing pets and small animals. This is the same trait that makes them important to our ecosystem, as scavengers and major rodent predators.

Coyotes are generalists that eat small mammals like rats, mice, shrews, voles, squirrels and rabbits. However, coyotes will also eat garbage, compost, fallen fruit, seeds from bird feeders and pet food. They will also prey on free-roaming cats, small dogs and chickens if given the chance.

As opportunists, coyotes will shift their diets to whatever food sources are most available. Where rodent populations are high, rodents form a large portion of a coyote’s diet, making them important agents of natural pest control.

Backyard birdwatching is a joy, and you’ll be surprised to know many backyard birds are also important pest controllers. Garden pests like aphids, cucumber beetles, grubs, cabbage worms are at their peak in spring and summer, the same time busy birds are trying to feed hungry hatchlings. Although most backyard songbirds will eat a variety of berries, insects and seeds, they rely heavily on insects during their baby season. Make your backyard bird-friendly to get natural pest help from swallows, sparrows, bluebirds, chickadees, and more!

B.C. is home to nine different species of snakes, all with different dietary needs but a common theme – pest control. Common garter snakes can be found throughout B.C. and help gardeners by keeping slugs and insect populations in check. Meanwhile, Great Basin gopher snakes are a farmer’s best friend because they specialize in hunting small mammals like mice, rats, voles and moles.

Most species of snake in B.C. pose no threat to people. They generally remain hidden unless disturbed, and will avoid people if they can. Hike with caution in rattlesnake territory, but otherwise celebrate snake sightings and thank them for their pest control service!

The dangers of human methods of pest control

These natural pest controllers are an important part of our daily lives maintaining the health of our ecosystems. However, some of our pest control practices can put them at risk. Rodenticides, live trapping and glue traps are all common pest control tools that hurt urban wildlife.

Say no to trapping animals. Live trapping might seem like a “humane” solution, but it causes a lot of harm for trapped animals. Animals stuck in a trap can quickly overheat or freeze if they’re left exposed to the elements. They will also injure themselves trying to escape the trap – especially panicked moms who need to get back to babies in their dens. Instead, choose humane exclusion methods that encourage animals to move along on their own terms.

Glue traps are plastic or metal trays coated with glue to catch mice, rats and sometimes snakes or other animals. Once the animal touches the glue, it becomes almost impossible for them to get out. Animals are often left in the trap for a long time until they die, which is a traumatic experience for both the animal and people who witness it. Birds, bats, other small wildlife and even pets can get caught in this sticky situation. 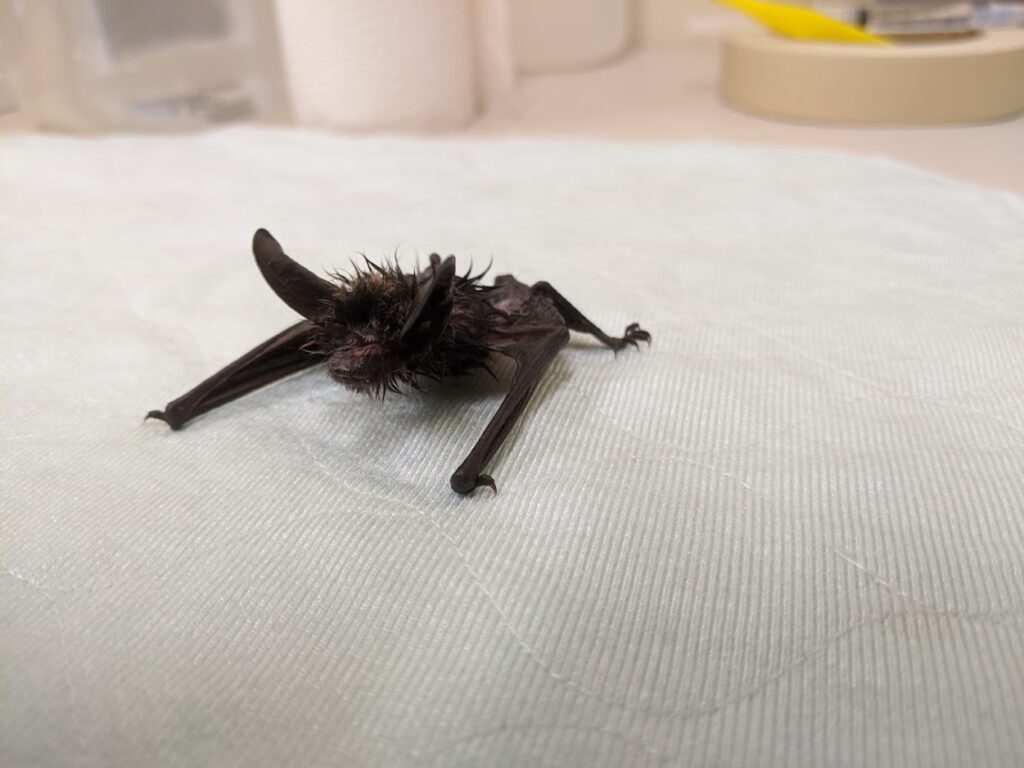 How you can help

At home, prevention and rodent-proofing is the best way to use less (or no) poison. Get advice from an AnimalKind pest and wildlife control company. These companies use the kindest, most animal-friendly and effective ways to solve problems with rodents, raccoons, skunks, birds and more.

You can also tell any pest control company you hire that you want them to follow AnimalKind standards (PDF).

In your community, contact your municipality and ask what they are doing to decrease the use of rodent poison. By starting a conversation, you are making more people in your community aware of the danger anticoagulant rodenticides poses to raptors and other animals like coyotes, squirrels, and small pets.