Who’s who? The difference between mice and rats

Have you ever wondered how to tell apart mice from rats? Maybe not in your daily life, but if you have rodents in your home, knowing the difference is more important than you think!

The most common rodents near homes and in urban areas are the Norway rat, roof rat and house mouse. Together, these species are known as “commensal rodents”. The term comes from the definition of commensal, meaning to “share one’s table” because these animals live in close association with human food sources.

To tell mice and rats apart, start by figuring out if you’re looking at a rat or a mouse. Rats are much, much larger than mice. Norway rats and roof rats weigh 200 to 300 g, or even as heavy as 400 g for a very large Norway rat. In comparison, a house mouse only weighs 12 to 30 g, or about the weight of a CD. 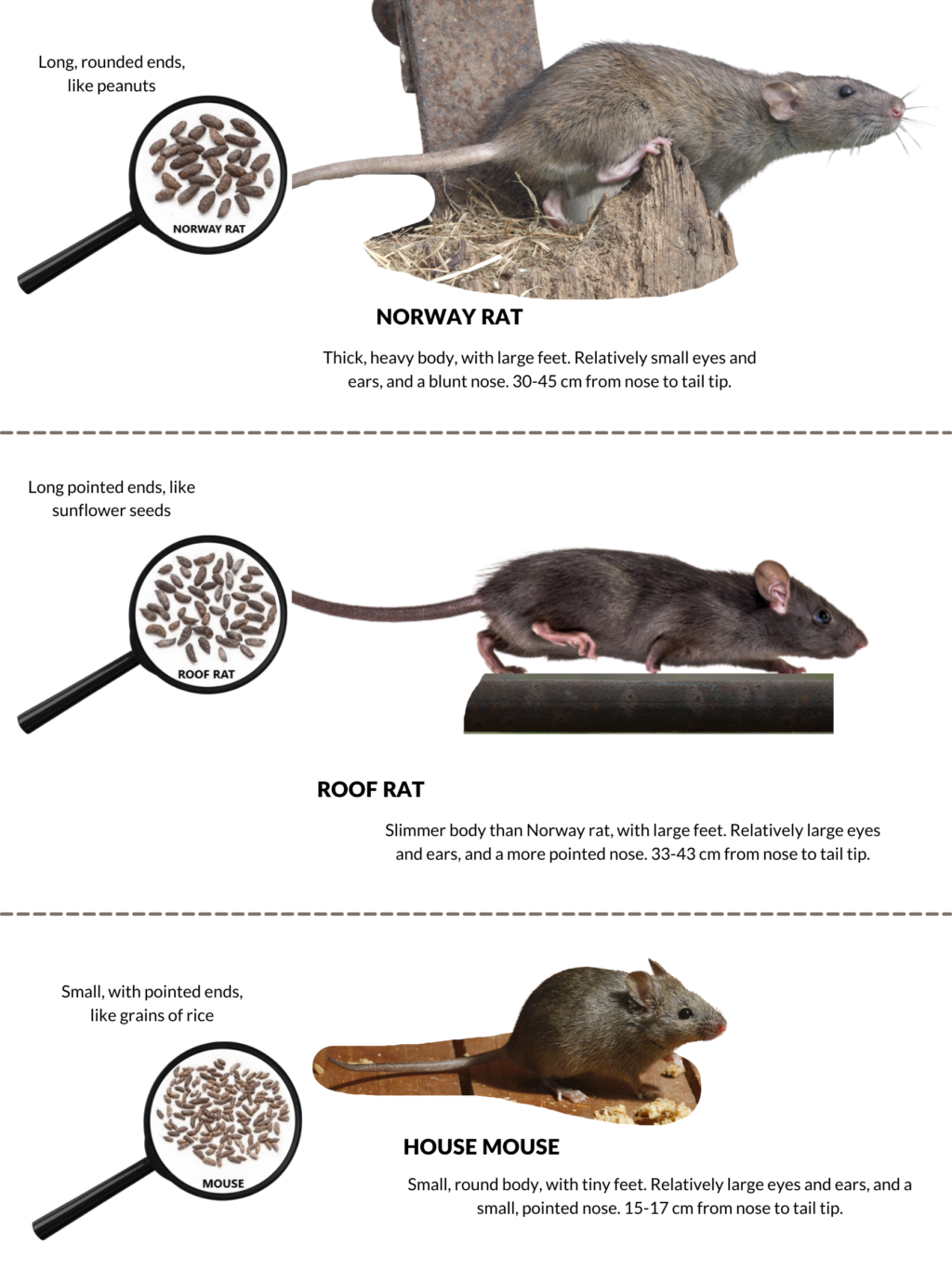 You can further confirm the animal is a mouse by noticing their small, round body, and tiny little feet. Compared to the rest of their head, they have relatively large eyes and ears, and a small, pointed nose. From the tip of their nose to the tip of their tail, they measure just 15 to 17 cm. You may also see their feces, which will look small and pointed, about the size of grains of rice.

Norway rats have thick, heavy bodies, with large feet. They have relatively small eyes and ears compared to their heads and have a blunt shape to their nose. They measure approximately 30 to 45 cm. Their feces have long, rounded ends, similar to the size of a peanut.

Roof rats are a little smaller than Norway rats. They have slimmer bodies but still have large feet. They have large eyes and ears, and a more pointed shape to their nose. They measure approximately 33 to 43 cm long, and their feces will be closer to the size of a sunflower seed, with long, pointed ends. 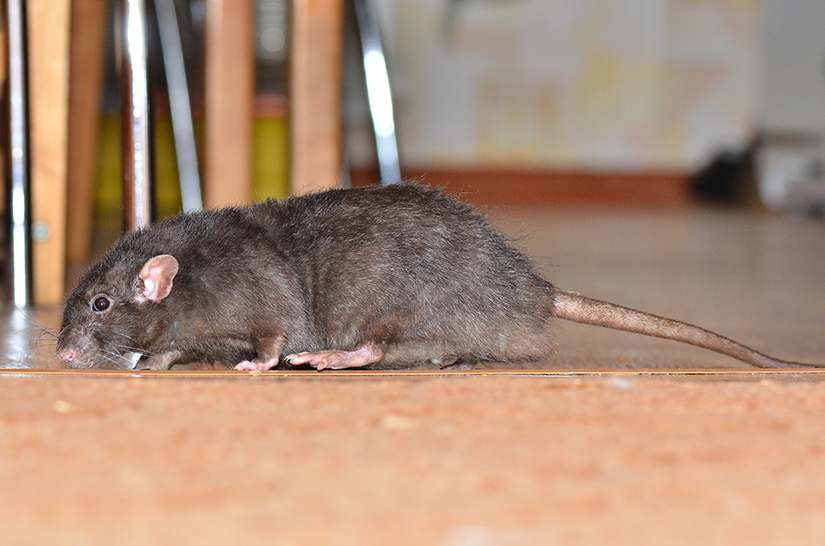 Why does it matter?

It is important to know and identify the species if you’re struggling with rodent issues at home. Rats and mice behave differently; their nesting preferences vary as do their diets. Knowing this can help you identify the attractants, and identify possible points of entry.

Mice and rats are both prolific breeders and mature very quickly. They are independent of their parents by 3 to 5 weeks old, and ready to mate between 6 and 12 weeks old. They breed year-round in places with adequate food, water and shelter.

If you target prevention and control at the wrong species, it doesn’t take long for their population to explode – another reason why it’s important to know who’s who!

Can mice and rats coexist?

Mice and rats do not generally co-exist in the same areas.

True – mice and rats can cause trouble in homes with their gnawing, or contaminate food and possibly transmit diseases, so control is a necessary reality. However, many conventional pest control methods are inhumane for mice and rats and problematic for other wildlife. For example, rodenticides cause a slow, painful death, and also poison owls, hawks, and other raptors that eat poisoned rodents. These poisons can leach into our local ecosystems and waterways.

The best way to manage problems with rodents is to prevent them from happening in the first place. Learn how to rodent-proof your home and if needed, how to deal with rodent problems the poison-free way. If DIY isn’t your style, you can hire a BC SPCA–recommended AnimalKind pest control company to help you deal with rodents in a humane and effective way.